How can we Control Pollution in our daily life by D.Gunavardhini

Before talking about how to control pollution, we will first talk about, what is pollution?

As the growth of population is enormous over the last 100 years, there is a huge demand for food, clothing, shelter, transport facilities and other needs which are needed by man. To reach the demands, man is exerting immense pressure on natural resources thereby causing pollution.
Pollution is an undesirable change in the physical, chemical or biological characteristics of the environment due to natural causes and human activities. The particles which cause pollution are termed as pollutants.

Firstly we are going to discuss,

We live in an atmosphere which includes many gases in which some are very useful (H2, O2, etc) and some are very harmful (CO2, NO, SO2, etc). The atmosphere acts as thermal insulators by selectively absorbing the U.V. rays of solar radiation. All these harmful gases are released out by human activities which include automobiles (a major cause of CO pollution), industries, burning of fossil fuels, etc. Noise pollution is also a cause of air pollution because in 1987 noise is considered an air pollutant. The human ear is sensitive to sounds ranging from 0-180 dB (decibels). Any noise above 120 dB is considered to be noise pollution. 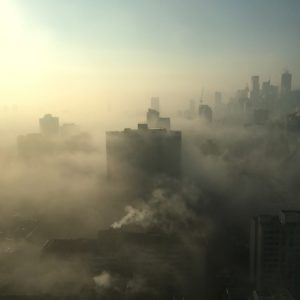 • Everyone should use public transportation instead of two-wheelers and four-wheelers.
• Use CNG gas in automobiles and unleaded and low sulphur petrol and diesel.
• Industries should be built on the outskirts.
• Fitting catalytic converters to automobiles having expensive metals namely platinum, palladium and rhodium as catalysts that reduce the emission of poisonous gases.
• Loud sounds and late-night DJ’s should be prohibited.
• Application of strict pollution level rules for vehicles.

Our planet contains 97% of seawater. Freshwater which is required for our utility is just 3%. Contamination of water in lakes, rivers, ponds, etc is the major problem today. These are generally polluted by either by sewage or discharge of industrial effluents. Sewage releasing from homes and hospitals nay contains undesirable pathogenic microbes. If it is released untreated into water sources, there is a possibility of serious diseases such as dysentery, typhoid, jaundice, cholera, etc.

• Industries should not directly discharge their wastes into the rivers which are very harmful to the animals nearby and the agricultural lands which use that water.
• Sewage is a major source of water pollution in large cities and towns. The sewage has to be passed through the treatment plants before it is released into the water sources.
• Excessive growth of aquatic plants (causes nutrient enrichment-eutrophication) should be avoided.
• Use Ecosan-toilets.

Anything that is thrown out as waste in the form of solid is referred to the solid waste. Usually, solid waste is arisen from homes, offices, institutions, shops, hotels, etc. Mostly soil pollution occurs due to the plastics are thrown directly on the roads. Such things are responsible for the soil infertility which in turn affects the agricultural lands.

• Avoid using plastic materials like polyethylene covers, etc.
• Use carry bags made of cloth or other natural fabrics.
• Use incinerators (to burn wastes) for disposal of hospital wastes.

Other Articles on the Same Topic :  Rohit

How a student can utilize holidays by Sanjana

HOW TO CONTROL POLLUTION IN OUR DAILY LIFE By Kaushik

One thought on “How can we Control Pollution in our daily life by D.Gunavardhini”