Today I am going to introduce a game which is mostly played in India. it can be called as “Indian Ludo” but in Telugu, we call it “Ashta Chamma”.  This is an old ancient board game of India.3

The Board must be drawn 5×5 Squares, the middle squares should be crossed like this

Each Player would have 4 Pawns differing with other players’ pawns.

Rules of the Game & How to Play this Game

Maximum of 4 Players or  Minimum of 2 Players can play this Game,
Each Player Sits at each side of the Board,
Each Player keeps their Pawns in their Crossed Box, ( in another variation of the game “Outside Game” they keep outside the Board )
There are 5 Crossed Boxes on the Board, each player should start their game from the Crossed boxes which are at the edges, Middle Crossed Box will be the HOME or Goal for Pawns to reach.
One Must Roll all the 4 Shells/ Seeds at a time.
when a player rolled the Shells/ Seeds, players have to count the Shells/Seeds as below,

2 Pawns cannot be kept in a single box except in the  Crossed box ( Safe Box)
When a Player’s Pawn reaches a box where another player’s pawn already exists, then already existed Pawn of the First Player should be Killed ( Removed ) and second player’s pawn should be kept in that box.
The pawn which has been killed has to reach its starting point.
When a player Kills another player’s Pawn then they will get another Bonus Turn

The Player who killed any other player’s pawn for at least 1 time, then only he will be entered into the inner chamber (Shown in Green colour) otherwise his pawn should be standing in the Checkpoint shown with a STAR,
his other pawns should also stand behind the above checkpoint box

another 3 players will continue the game.

This game is also known as, 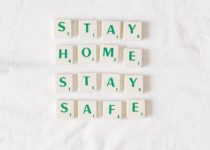 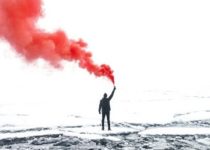