Skip to content
Home
May 2020
THE POSITIVE SIDE OF COVID- 19 ON THE ENVIRONMENT by V. Sri Chandana

Earlier the human civilization had experienced pandemics like H1N1, Polio, Ebola, Zika. Now we are experiencing COVID-19 which is causing much human suffering. Countries around the world implemented lockdown to contain the virus. In a very short period, we have seen horrific deaths. As the pandemic harms human civilisation it also displayed its a contrasting consequence on the world environment.

Due to lockdown, the industries are shut, vehicles are hardly visible on the roads, use of fossil fuels has been lowered. All these activities led to a decrease in air pollution and the emission of greenhouse gases have fallen across the countries.

The nationwide curfew in India on March 22, 2020, resulted in the lowest one- day traffic pollution levels.

Delhi, India’s metropolitan capital territory, experiences high levels of air pollution. As a consequence of the lockdown, there is a fall in average concentrations of PM 2.5 by almost 71% within the first week of lockdown. The air quality of Delhi dropped to satisfactory. The impact is also being experienced by Mumbai, Chennai, Kolkata and Banglore. The cities are breathing easily.

In New York, pollution has been reduced by nearly 50% because of the measures taken to contain the virus.

The DHAULADHAR MOUNTAIN RANGE of Himachal Pradesh is now visible from Jalandhar, after 30 years as the lockdown eases air pollution.

The water in the Yamuna River looked cleaner than before as there is no flow of pollutants from the industries.

The Ganga River has seen significant improvement in water quality. As the industries are shut, there is no discharge of effluents into the Ganga. The ghats in Haridwar are also closed and as a result, there are no people taking dips in the water as wells as throwing waste into the water are not observed. This resulted in cleaner water and fishes can be seen in the waters.

Metropolitan city of Venice, in Italy, has seen clearer water in the city’s canals. Venice is one of Italy’s tourist place with high traffic on the canals. The traffic doesn’t allow the sediment to stay at the bottom. Now, there is less traffic and swans are being spotted.

Along with human beings, life for animals has also been changed during this lockdown. The wild animals appeared on the streets and roads deserted by humans. Many wild animals are sneaking into the cities, which were their habitats previously.

Shenzhen has become China’s first city to prohibit the sale and consumption of dog and cat meat. According to Humane Society International, thirty million dogs a year are killed for meat across Asia.

Pangolin is one of the most heavily trafficked mammals in the world and is endangered. They are illegally hunted for their meat and scales, which are used in Chinese traditional medicine. COVID- 19 led the Chinese government to put a temporary ban on the trading and eating of pangolins, including wild animals like snakes, lizards.

Birds, the most commonly seen animals in the cities got a temporary break from the noise pollution as there is no traffic on the roads.

All these positive impacts of COVID- 19 on environment reminded us of the damage we caused to our environment. Air pollution, water pollution, noise pollution, extinction of wildlife, habitat destruction, burning fossil fuels, greenhouse gas emissions may lead to irreversible damage of our planet. In the process of making ourselves civilized, we ignored the fact that our civilization is causing damage to our habitat. It means we are causing damage to our future. Government of the countries over the world should bring up policies to stop this human-induced damage to the environment.

The original document sent by the participant : 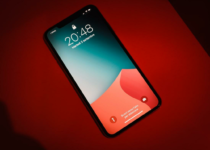 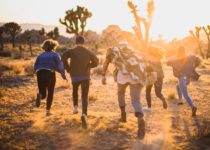 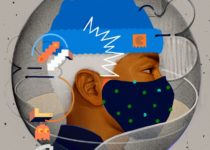